Cooking on High: Netflix’s foray into weed cuisine is half-baked 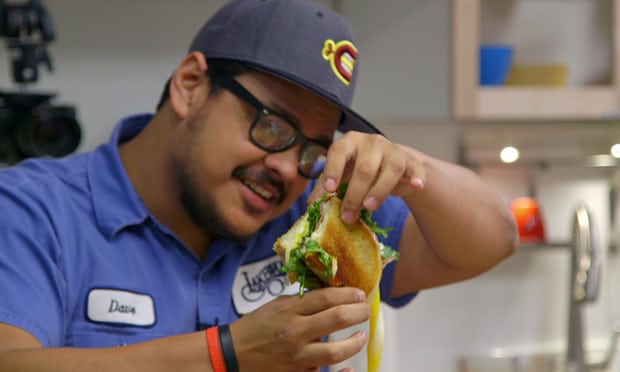 As Canada becomes the second country to legalize recreational marijuana, and weed dispensaries that look like Apple Genius bars sprout in progressive states across the US, it was only a matter of time before Netflix threw its hat in the proverbial smoke ring. The result is Cooking on High, television’s first ever cannabis cooking competition show, one that remarkably fails to capitalize on either of the dual pleasures at its core: binge-watching and/while getting high.

In all fairness, Cooking on High has a steep hill to climb: watching people consume pot, by way of a bong or french onion soup, is not nearly as enjoyable as consuming it yourself. If the standard cooking show provides both vicarious pleasure and the tools to actually make the meal, Cooking on High suggests, like the Viceland show Bong Appétit, that the mere act of watching stoners eat decadent, cannabis-infused food is a draw. Hardly so.

Read the rest of the article at The Guardian