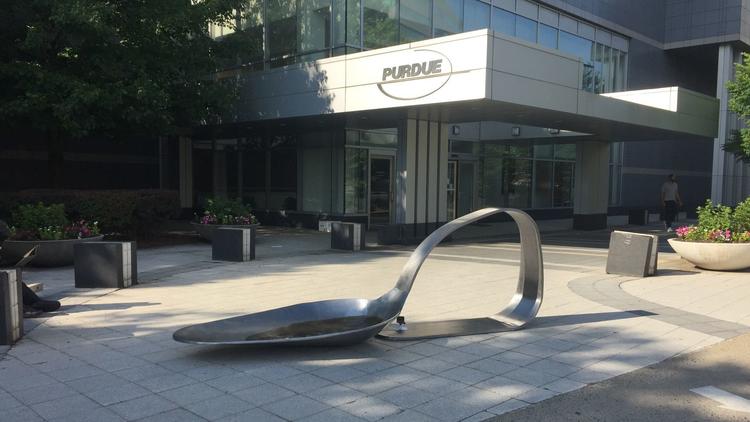 A Connecticut gallery owner was arrested after dropping a 10-foot-long sculpture of a heroin spoon in front of Purdue Pharma’s headquarters on Friday — and he says he plans to “gift” more spoons to other drug companies, as well as to politicians and doctors.

Fernando Luis Alvarez, who owns Stamford’s Fernando Luis Alvarez Gallery, was charged with a criminal misdemeanor and a felony after leaving the roughly 800-pound piece, which was hand-made by Boston-based artist Domenic Esposito, in Purdue’s driveway and refusing to remove it, the HartfordCourant reports.

Alvarez told TIME that the stunt — which coincided with an opioid-related show at his gallery — was meant to send a message to Purdue Pharma and to hold the company accountable for what he says are its contributions to the country’s opioid epidemic.