Colombia seeks to be a cut above on cannabis 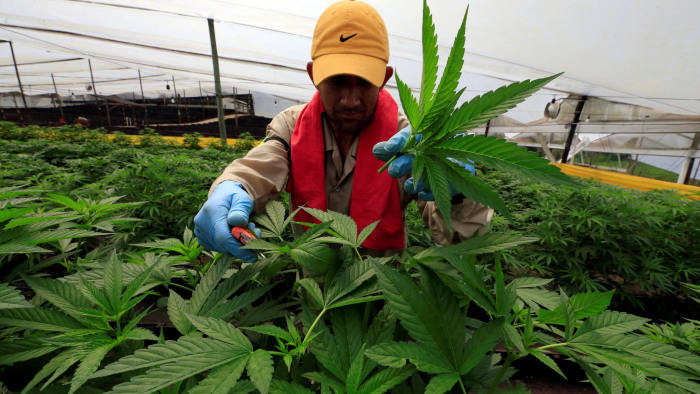 Colombia is notorious as the world’s biggest supplier of cocaine. Now it is positioning itself as a producer and exporter of another drug, one that is increasingly legal around the world — cannabis. With interest in medical marijuana booming, the big North American cannabis companies are increasingly looking abroad for places where they can grow plants easily and cheaply. Colombia, with its equatorial climate and 12 hours of daylight all year round, fits the bill. Land and labour is relatively cheap, and a skilled rural workforce has experience in the cut-flower industry. It is far cheaper for Colombian farmers to produce cannabis than their counterparts in North America and Europe, where growers have to spend money on climate-controlled greenhouses to combat harsh winters. The Colombians can produce a gramme of dry flower for $0.50-$0.80 while in Canada it costs around $2, says Mat Youkee, editor of Colombia Cannabis Investor, an industry newsletter. As a result, some big North American pot companies have piled into Colombia.