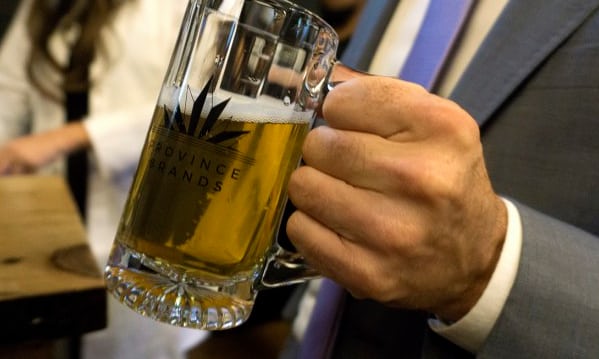 Scientists in a small Ontario laboratory are testing enzymes and experimenting with fermentation. Their techniques are not new, but their focus is a first. They are developing what is being described as the world’s first beer brewed from cannabis.

Most cannabis beers on the market are brewed from barley and infused with marijuana oil, according to Dooma Wendschuh of Province Brands, the Toronto startup behind the product. “That’s not what we do. Our beer is brewed from the stocks, stem and roots of the cannabis plant.”

It is a story playing out across Canada as entrepreneurs race to secure a foothold in what is expected to be a multibillion-dollar market. The country will become the second in the world to legalise marijuana for recreational use on 17 October.

Read the rest of the story at The Guardian