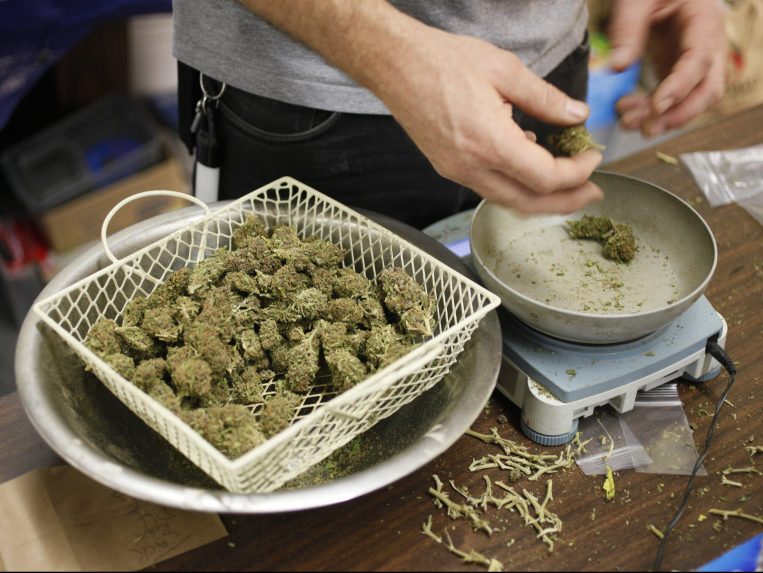 Pot Topics is a weekly collection of cannabis-related news curated by the Chicago Sun-Times. Here’s what’s happening this week in Chicago and around the country:

The law allows parents or guardians to give kids a “cannabis-infused product” on school property or a school bus if both the parent and child have been cleared by the state’s medical marijuana law. It also authorizes a school to prohibit cannabis if administrators determine that the drug would create a “disruption to the school’s educational environment” or expose other students to it.

Ashley’s parents sued the state of Illinois and Schaumburg School District 54 in January after she was barred from class for medicating with the drug. A federal judge ultimately ruled in favor of the family in April.

Ashley’s Law garnered bipartisan support in the Legislature, passing the House in April in a 99-1 vote and gaining approval from the Senate the following month in a 50-2 vote.

On Friday, Ashley Surin’s mother, Maureen Surin, was still ecstatic about the governor’s decision to sign off on the bill.

“With bipartisan support for ‘Ashley’s Law,’ our daughter and all Illinois schoolchildren are now able to have access to a quality education while regulating their illnesses on school grounds,” she said.

Read the rest of the news rundown at Chicago Sun-Times