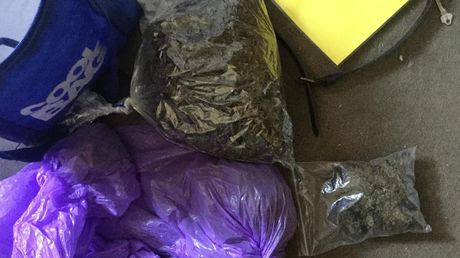 POLICE have seized more than 1kg of marijuana after receiving a tip-off from a hotel concierge.

Townsville police Sergeant Michelle Sawtell said an 18-year-old Douglas man checked his bags in with the concierge on Wednesday.
She said a “a smell emanating from the bags” prompted the concierge to call police.

A subsequent search found more than 200g of cannabis allegedly stashed in the bag.

Sgt Sawtell said a small amount of amphetamines was allegedly found on the man.