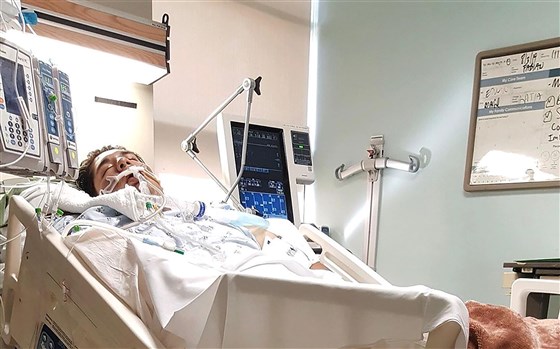 Fabian Castillo was suffering from crippling anxiety when his uncle handed him a marijuana vape pen one day last December.

“It will help calm you down,” Castillo said his uncle told him.

Over the next several months, the vape worked as advertised. Castillo, who had just graduated high school in southern California, found himself more mellow and more productive.

He had no idea at the time that he was using, what he now believes, was a bootleg vape pen filled with a toxic mix of chemicals.

But on Aug. 2, Castillo’s breathing grew labored. His mother brought him to the emergency room where, she says, an X-ray revealed severe damage to his lungs.

“I couldn’t breathe. I couldn’t talk. I literally couldn’t even move my hands,” Castillo, 19, said.

He spent the next nine days in a medically induced coma. Eight weeks later, he still struggles to breathe deeply.