The Quandary on Banking the Marijuana Industry 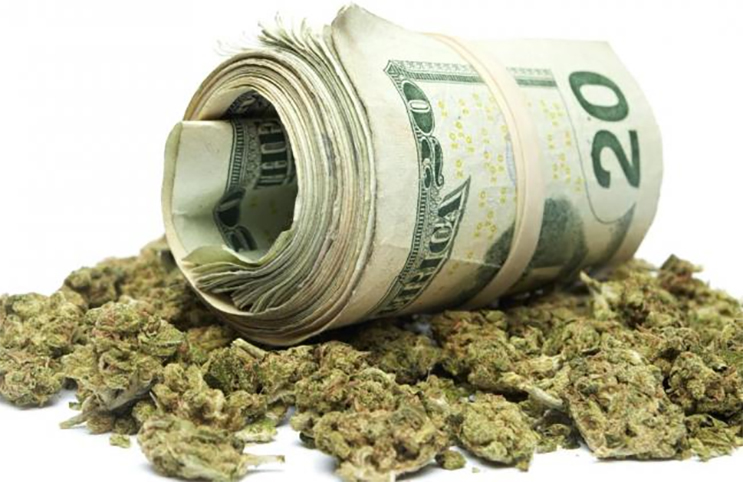 With recreational marijuana now legal in California, the burgeoning industry heavily reliant on cash and disengaged from banks now has to face another hurdle after U.S. Attorney General Jeff Sessions revoked the Obama guidelines known as the Cole memo, which eased federal regulation of pot. Since cannabis is still considered illegal by federal law, providing banking services to the industry was risky even with the Cole memo.

During the Obama administration, then-deputy Attorney General James Cole released a memo for all United States attorneys on guidelines with regards to marijuana enforcement. It transferred marijuana industry regulation to states and directed federal law enforcement to allow businesses compliant to the memo’s requirements to operate. A complementary 2014 guidance memo from the Treasury Department’s Financial Crimes Enforcement Network (FinCEN) provides the process for how banks can open accounts for marijuana businesses and avoid triggering federal enforcement actions.

Sessions’ decision left the legal cannabis industry scrambling for ways to handle their cash flow. This is counter-intuitive. Moving to a more regulated market should encourage financial institutions to bank marijuana businesses. But the repeal of Sessions on January 4, just days after recreational marijuana became legal in California, halted all bank activities.

The conflict over pot—permitted in some states, prohibited by the United States, has created a conundrum in the legal landscape. “It prevents either state law or federal law on marijuana from being effectively implemented,” says John Walsh, Colorado’s United States attorney from 2010 to 2016. Colorado Governor John Hickenlooper, who opposed legalizing marijuana, also believes that Marijuana businesses should be bankable not just because it reduces the prospect of robbery and violence, but also because it is an effective redundancy measure to make sure that players are abiding with state regulations. State laws carefully control, and heavily tax, marijuana distribution; regulators and law-enforcement officers investigating violators rely on the paper trails bank accounts leave behind.

But this is not a view shared by federal officials. A Drug Enforcement Administration agent, speaking at a forum at the state Capitol, argued against banking marijuana. A slippery-lope argument often associated with smoking it: it would open doors to banking cocaine, heroin, and other illicit trade.

Since 2009, when Colorado first opened its medical-marijuana dispensaries, the Department of Justice has yo-yoed between prosecuting and tolerating the budding industry. Big banks like Wells Fargo were the first to shun the industry despite fishing for clients at marijuana-industry conferences. Local banks followed suit, though some opted to serve discreetly. A game of cat and mouse ensued: Businesses would open an account under an inconspicuous-sounding name; after a few months of large cash deposits, the bank would investigate and close the account.

To appeal on Session’s revocation of the Cole memo, Last Tuesday, a bipartisan group of 18 attorneys general from states with recreational and medical marijuana is seeking the help of Congress. In an open letter, they reiterated:

Despite the contradictions between federal and state law, the marijuana industry continues to grow rapidly. Industry analysts report that sales grew by 30% to $6.7 billion in 2016 and expect those totals to exceed $20 billion by 2021. Yet those revenues often exist outside of the regulated banking space. Businesses are forced to operate on a cash basis. The grey market makes it more difficult to track revenues for taxation purposes, contributes to a public safety threat as cash intensive businesses are often targets for criminal activity, and prevents proper tracking of large swaths of finances across the nation.

To address these challenges, we are requesting legislation that would provide a safe harbor for depository institutions that provide a financial product or service to a covered business in a state that has implemented laws and regulations that ensure accountability in the marijuana industry such as the SAFE Banking Act (S. 1152 and H.R. 2215) or similar legislation. This would bring billions of dollars into the banking sector, and give law enforcement the ability to monitor these transactions. Moreover, compliance with tax requirements would be simpler and easier to enforce with a better-defined tracking of funds. This would, in turn, result in higher tax revenue.

Without protective legislation from Congress, a working relationship with the banking industry is out of reach and increased scrutiny from the Justice Department seems imminent. With a growing bipartisan group of members of both Congress an Senate appealing to the cannabis industry banking access problem, a legislative solution will give not only a permanent solution, but clarity as well about working with marijuana enterprises.