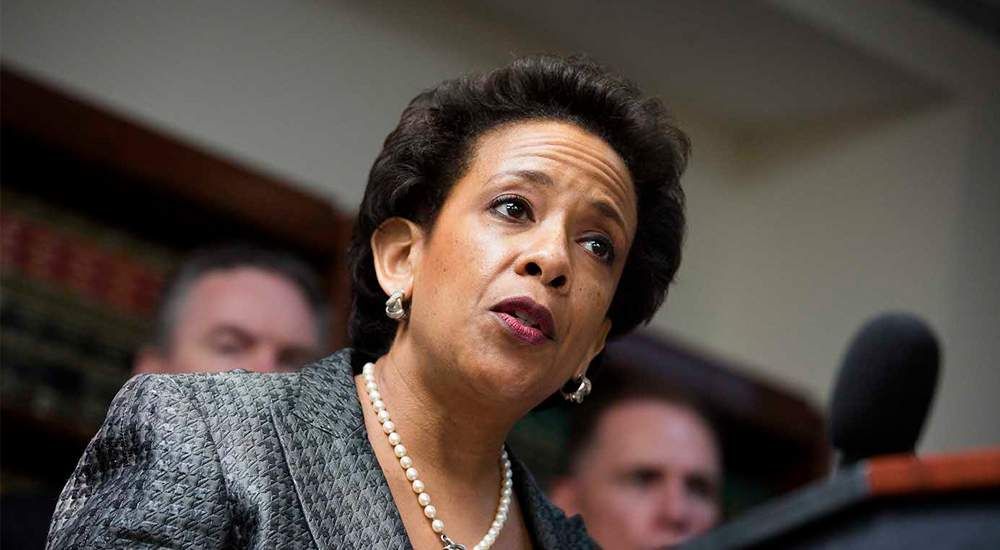 The discussion naturally turned towards cannabis. And when it did, Lynch had some pretty strong opinion that caught people off guard. One of the more interesting comment she made was her statement that marijuana is not a gateway drug and that prescription opioids are the major cause for the current heroin epidemic than cannabis.

The meeting was to discuss the dangers of heroin and opioid addiction among young adults, the pathways that could lead to drug dependency and the help available for those seeking to get help for their drug dependency.

Before ending her talk, Lynch put out a call to action to the students: “we are talking to young people like you, because you have a role in this effort,” she said. “We want you to understand the issues, we want you to understand how serious it is, and we want to give you the information you need to make good choices in your own life. We also need you to look out for each other.”

On her post-speech question and answer session, The chief law enforcement officer in the U.S. stress that the leading cause of heroin resurgence in Kentucky and the rest of the U.S. are prescription opioids. The conversation then moved toward cannabis when an audience member asked her if she thinks recreational marijuana is a gateway drug to more serious drugs like heroin.

Lynch responded: “When we talk about heroin addiction we usually… are talking about individuals who start out with a prescription drug problem, and then because they need more and more they turn to heroin.”

Lynch’s response to that particular question is pivotal for two reasons. For one, she did not deviate from the topic and focus squarely on the dangers of highly addictive prescription opioids. she was resolute on her position that “using prescription drugs or opioids” are the leading cause of heroin addiction and not recreational marijuana.

And two, her answer refutes a go-to argument of the anti-marijuana legalization community. An all to common argument that we have all probably heard is the classic myth, propagated by the D.A.R.E. program, that recreational marijuana is dangerous because it will lead people on to more serious, more harmful, harder drugs. Lynch emphasized that this is not a valid argument because there are tons of other drugs in the market—much of which are legal, that is potentially more damaging and harmful than marijuana.

Though support for legal marijuana is up to 60 percent, there are still popular myths that paint marijuana as the culprit for opioid and heroin epidemic. All of this information is helping tear down the outdated, misguided myth that marijuana is a dangerous gateway drug. It is crucial that these myths about cannabis are debunked by prominent resource persons like the U.S. Attorney General as cannabis legalization initiatives are going up for a vote in five states—Arizona, California, Maine, Massachusetts, and Nevada.

Critics and supporters of the gateway drug hypothesis have argued for decades that certain substances, like cannabis, makes users more vulnerable to stronger drugs according to DrugRehab.com. Though Marijuana is commonly assumed as a gateway drug, its association to harder drugs is yet to be fully established since no evidence exists to support this claim. Moreover, other risk factors such as genetics, vision problems, social life, environment, depression, and history of abuse could influence whether a person abuses illicit drugs. Certain reports support this argument. For instance, most of marijuana users do not go on to use harder drugs. In fact, most young users quit the drug upon entering adulthood per statistics of National Institute on Drug Abuse (NIDA).

NIDA also proposed an alternative to the gateway drug hypothesis: “people who are more vulnerable to drug-taking are simply more likely to start with readily available substances such as marijuana, tobacco, or alcohol, and their subsequent social interactions with others who use drugs increases their chances of trying other drugs.” However, further studies have to be undertaken to substantiate this theory.