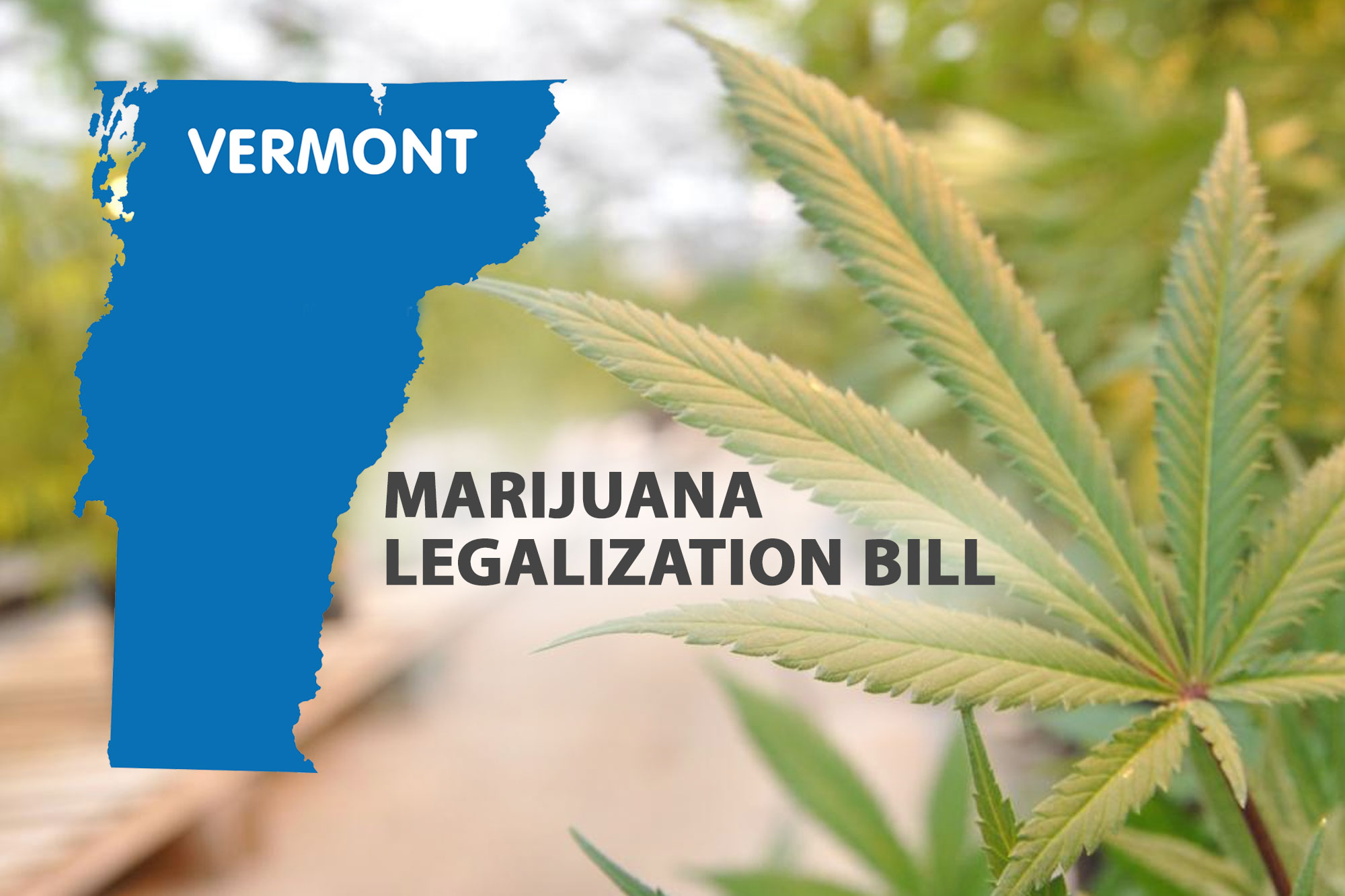 Vermont just passed a groundbreaking legislation on recreational marijuana. On Wednesday, 10 May 2017, the Vermont House of Representatives voted 79 to 66 for the passage of a compromise marijuana legalization bill at the Statehouse in Montpelier. The bill has already been passed by the Senate and is now awaiting the signature of Governor Phil Scott.

The unprecedented legislative move is the first in the nation in the sense that no state has ever legalized marijuana solely through legislative process but rather follows a voter referendum. Currently, there are eight states and the District of Colombia that have already legalized possession and use of small amounts of marijuana for adult recreational purposes according to National Conference of State Legislatures (NCSL) via voter initiative. Oregon and District of Columbia were first to legalize recreational marijuana in 2012, followed by Colorado and Washington in the fall of 2014. California, Maine, Massachusetts and Nevada approved theirs on November 8, 2016.

Many have praised the move as progressive and a favourable social reform. A recent survey of Vermont residents showed that 57 percent support “allowing adults who are 21 or older to use, possess, and securely grow marijuana.”

Lt. Gov. David Zuckerman, who has worked on marijuana issues for most of his political career, commented that the legislative move reflects how attune Vermont elected officials are with their constituents compared to most elected officials in other states, even adding that “the public is ahead of us, but elected officials tend to be cautious when it comes to change.”

Matt Simon, New England political director for the Marijuana Policy Project, said in a press statement: “Vermont lawmakers made history today… The Legislature has taken a crucial step toward ending the failed policy of marijuana prohibition. There is no rational reason to continue punishing adults for consuming a substance that is safer than alcohol.”

The Wednesday’ vote finally put an end to a very divisive House debate over legalization. It was so contentious in fact that Senate President Pro Tempore Tim Ashe said that the bill would take a ‘miracle’ to pass this year. Earlier in the day, an 8 to 3 vote of the House Judiciary Committee backs the bill as a compromise between the House and Senate positions on marijuana. Republican Tom Burditt, R-West Rutland, was initially apprehensive about any legislation on government regulation of marijuana. He however later changed his mind and opted to back the bill during the Wednesday’s committee vote. Those who oppose the bill were the remaining three Republicans on the committee.

Highlights of Bill S.22 as introduced and passed by Senate and House

Concerns over the passage of the Bill

Those who oppose the bill worries that it lacks safeguards to prevent people younger than 21 from using marijuana. The Vermont Agency of Education made petitions to lawmakers to delay marijuana legalization until more funding is given for health education and counsellors to prevent marijuana use.

Rep. Scott Beck, R-St. Johnsbury, who voted against the bill, has concerns over the legalization because “data indicates that our youth are using marijuana more infrequently, and I don’t think we should put that in jeopardy at this point in time.”

Rep. Susan Buckholz, D-Hartford echoes the same sentiments: “we need to make a move to be treating this as a public health issue for those for whom it is a health issue, and letting other people use this substance responsibly.” She further adds that the decline in the use of marijuana among Vermont high school students, measured at 37 percent by the latest Vermont Youth Risk Behavior Survey, shows that anti-drug education is working.

Governor Phil Scott remains undecided if he will sign the bill, veto the bill, or allow its passage to law without his signature. The governor has repeatedly expressed his concerns children’s access to edibles and highway safety among marijuana users. “I’m not philosophically opposed to legalization but I do believe we’ve got to get this right,” he said in an appearance on Vermont Public Radio’s Vermont Edition.

Scott’s hesitation is not new. During the 2016 campaign, where he was expressing his views on the legalization of marijuana with VPR:“I’ve been consistent in my response … when I was in the Senate, I voted in favour of medical marijuana. I was supportive of decriminalisation. But I’ve said, ‘Not right now.’ I don’t think we have enough information at this point. We have four other states that have legalized right now, and until we have some answers to questions, like impairment on our highways and the edibles and the tax structure and so forth and so on, I think we – the governor of Colorado even said …  ‘My advice to any states that are looking to legalize is, why don’t you wait a couple years?’ And they’ll work some things out. We’ll learn from them. We can’t afford to make any mistakes here. So I’m not saying never. I’m saying it’s the timing’s not right. It’s not now.”

A copy of the 24-page marijuana legalization bill as introduced and passed by Senate and House is found here.

What other provisions would you like to see on the bill? Tell us in our comments section below.