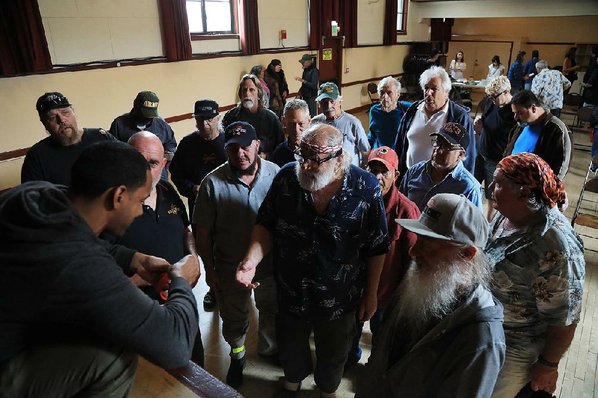 SANTA CRUZ, Calif. — Some of the cannabis growers along the California coast see donating part of their crop of high-potency medical marijuana to ailing veterans as an act of medical compassion.

The veterans line up by the dozens each month in the echoing auditorium of the city’s old veterans’ hall to get tickets they can exchange for free bags of marijuana.

One Vietnam veteran in the line said he was using marijuana-infused oil to treat pancreatic cancer. Another said smoking cannabis eased the pain from a recent hip replacement better than prescription pills did. Several said that a few puffs temper the anxiety and nightmares of post-traumatic stress disorder.

“I never touched the stuff in Vietnam,” said William Horne, 76, a retired firefighter. “It was only a few years ago I realized how useful it could be.”

The monthly giveaway bags often contain marijuana lotions, pills, candies and hemp oils, as well as potent strains of smokable flower with names like Combat Cookies and Kosher Kush. But the veterans do not get any medical guidance on which product might help with which ailment, how much to use or how marijuana might interact with other medications.

Ordinarily, their first stop for advice like that would be the Department of Veterans Affairs health system, with its thousands of doctors and hundreds of hospitals and clinics across the country dedicated to caring for veterans.