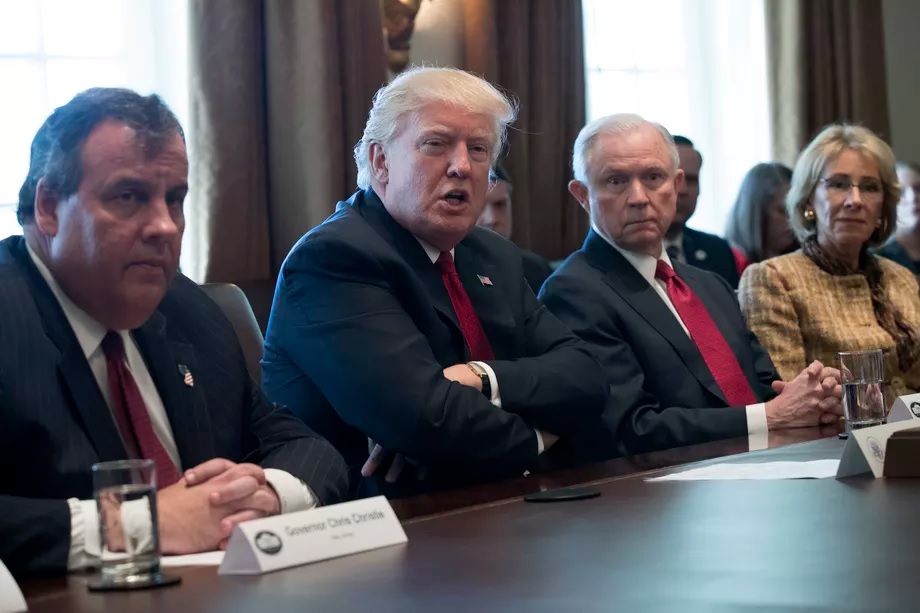 As the United States continue to grapple with the worsening opioid-related overdoses, President Donald Trump recently announced that he is preparing to officially declare national emergency on opioid.

“The opioid crisis is an emergency, and I’m saying officially right now it is an emergency, it’s a national emergency” President Trump told reporters before a security briefing at his golf club in Bedminster, N.J.  This comes after accepting an urgent recommendation from a national commission led by Gov. Chris Christie of New Jersey.

Christie and his team of commissioners argue that such a declaration would allow the Trump administration to take the bold steps needed to combat the crisis of overdoses. It will also force Congress to take the matter seriously by directing more resource and attention to the opioid crisis plaguing communities across the country.

Opioid epidemic by the numbers

In a 10-page interim report of the opioid commission, findings show the devastating effects of opioid abuse. Drawing on figures from the Centers for Disease Control (CDC), the report highlights the severity of this national problem:

The opioid epidemic has reached such a scale, that, beyond the risks it poses to public health, it is also becoming an economic issue and a threat to national security. The commission believes that the problem started with the over prescription of legal pain medications. This massive increase in prescribing has occurred despite the fact that there has not been an overall change in the amount of pain Americans have reported. Thus, this enormous problem is more often than not, starting in doctor’s offices and hospitals in every state in our nation and not beginning on street corners.

Drugs contributing to the crisis

Opioids, a kind of drugs derived from the opium poppy plant can be divided into two broad categories: legally manufactured medications and illicit narcotics. Opioid medications like oxycodone, hydrocodone, and morphine, are often prescribed for pain management while methadone is primarily used in addiction treatment centers to cut patients’ dependence on opioids.

Opioids gained popularity during the 1990s when doctors prescribed it to patients who had undergone surgery or cancer treatment. However, during the recent years, more and more physicians have increasingly prescribed opioid medications for chronic conditions such as back or joint pain despite concerns on their safety and effectiveness. Unless patients and doctors are given a safer alternative medication to opioid, both have no recourse but to be dependent on the drug for pain management.

Tom Price, secretary of Health and Human Services, played down the likelihood of a national emergency declaration saying, “we believe that, at this point, that the resources that we need or the focus that we need to bring to bear to the opioid crisis at this point can be addressed without the declaration of an emergency, although all things are on the table for the president.” He further adds that such declarations are for a specific outbreak of an infectious disease, such as the threat from the Zika virus, or are geographically limited to a specific location, like Hurricane Sandy, which hit the New Jersey coast in 2012.

Despite opposition from his top health official, Trump made it clear that paper works are on the way towards a formal declaration that the opioid crisis was a national emergency.

By declaring a national emergency, states and cities hard hit by the opioid epidemic could receive federal disaster relief funds and other types of urgent aid through the through the Federal Emergency Management Agency.

Michael Fraser, the executive director of the Association of State and Territorial Health Official said, “if you declare a state of emergency, you can move federal resources more easily between programmatic areas.” However, “when it comes to opioids, it’s really unclear” what kind of effect a federal emergency declaration would have.

Six states have already declared emergencies because of the opioid epidemic, namely: Alaska, Arizona, Florida, Maryland, Massachusetts and Virginia. According to the Network for Public Health Law,  these declarations have helped expand access to naloxone, a medication that can revive people who have overdosed. It has also helped states get federal grants for treatment services and improved reporting of overdoses.