As One Marijuana IPO Gets Set To Report, Another Is Actually Profitable 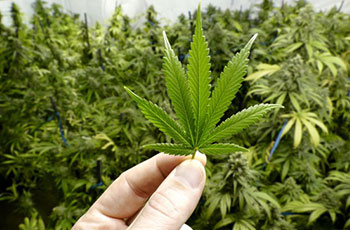 Tilray (TLRY), the first pure-play marijuana IPO to hit a major U.S. exchange, reports second-quarter results on Tuesday, as another IPO gets set to join the growing list of marijuana stocks.

Wall Street expects Tilray to report a per-share loss of 9 cents on revenue of $9 million. The report will be Tilray’s first since its IPO in July.

Last year’s sales for the company, which sells medical cannabis products in Canada, jumped 62% to $20.5 million, with a per-share loss of 9 cents and a net loss of $7.8 million. The company’s accumulated deficit at the end of the year was $40.5 million.

Azer, who started coverage this month on Tilray with an outperform rating, said Tilray’s arrangement with Privateer gives it the opportunity to license “established U.S.-based cannabis brands in Canada.” Tilray also gets around 5.5% of sales from Germany, New Zealand and Australia, with more room to expand, Azer said.