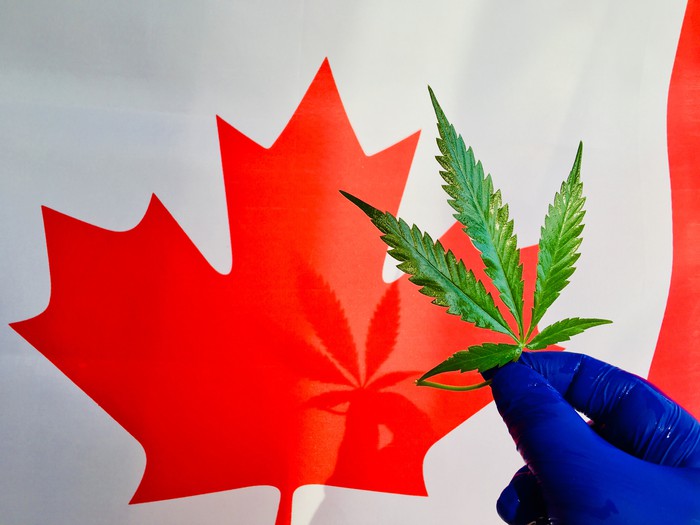 Both Aurora Cannabis (NYSE:ACB) and Hexo Corp. (NASDAQOTH:HYYDF), formerly known as Hydropothecary, have given investors a roller-coaster ride so far in 2018. Hexo shareholders have probably enjoyed the ride more. The marijuana stock is up close to 45% after doubling earlier in the year, while Aurora Cannabis is down more than 15% year to date.

Which of these stocks is in the better position to deliver more ups than downs to investors in the future? Here’s how Aurora Cannabis and Hexo stack up against each other.
The case for Aurora Cannabis
Some predict that the global marijuana market will top $100 billion — and perhaps a lot more than that — over the next 10 to 15 years. If they’re right, the winners in this market will have a tremendous capacity to meet demand and distribution channels across the world. Aurora Cannabis already checks off both boxes.

Thanks to its dizzying string of acquisitions, Aurora Cannabis expects to be able to produce 150,000 kilograms of cannabis on an annualized basis by early next year. Fast-forward to mid-2020 and the company’s total annual production capacity should jump to more than 500,000 kilograms. Reaching that goal will make Aurora the top marijuana producer in the world based on capacity.

Aurora’s distribution channels start right at home in Canada. The company enjoys the highest market share in the Canadian medical cannabis market, with partners including CannaMedical and Shoppers Drug Mart. Aurora secured supply agreements for the recreational marijuana market with 12 provinces and territories. It also bought a stake in leading alcohol retailer Alcanna, with the two companies teaming up to launch retail cannabis stores in Canada.

Although it’s still early for the Canadian recreational marijuana market, Aurora appears to be a big winner so far. The top four best-selling brands in British Columbia belong to the company. Aurora also estimates that its products have generated roughly 30% of total sales in Ontario in the first few weeks of the province’s recreational marijuana launch.

Aurora’s acquisition of ICC Labs expands the company’s operations in Latin America. ICC has around 70% of the market share in Uruguay, the first country to legalize recreational marijuana. It also holds licenses to export medical cannabis products to Colombia and Mexico.

The case for Hexo
Hexo isn’t as large as Aurora Cannabis, but it’s nonetheless in pretty good shape when it comes to capacity. The company expects to be able to produce 108,000 kilograms of cannabis by the end of 2018. Reaching that level will temporarily rank Hexo as the fourth largest marijuana producer, although as other companies expand their capacity Hexo is likely to slip a bit in the rankings.

And while Aurora is doing well in other provinces, Hexo reigns in its home province of Quebec. The company landed a major deal with Quebec in April that gives it a market share of 35% right out of the gate in the province’s recreational marijuana market. That was the largest forward-supply contract in the history of the cannabis industry.

Hexo is one of only two Canadian marijuana growers to be selected as a partner by a major alcoholic beverage company. Molson Coors Brewing picked Hexo as its partner to develop cannabis-infused beverages for the Canadian edibles market that’s expected to open for business late next year.

But what about the global marijuana market? Hexo is behind some of its larger rivals on the international stage. However, the company plans to expand into markets outside Canada beginning next year. Hexo states that it has “prioritized preliminary talks” with Colombia and Greece about cannabis production in the countries.