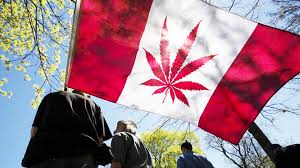 Brampton city council has voted in favour of opting in to the provincial government’s regime for allowing cannabis retail stores to operate within its municipality.

In an eight-to-three vote, council voted in favour of the proposition as well as a series of measures aimed at advocating for increased protections.

“Whether you like it or you don’t, cannabis is in our community,” Mayor Patrick Brown said before backing a motion to opt in.“Not only is it here through black market dispensaries, you can purchase it online … If someone is going to use cannabis, I prefer that they do it at a legal store.”

Brown said by opting in, it would allow the municipality to receive partial provincial funding needed for police and enforcement. However, he expressed concern about the lack of full funding for increased costs.

Coun. Charmaine Williams, who voted against opting in, said she’s concerned about a flood of stores opening after the initial round of licences are issued by the Ontario government.

Read the rest of the report at Global News