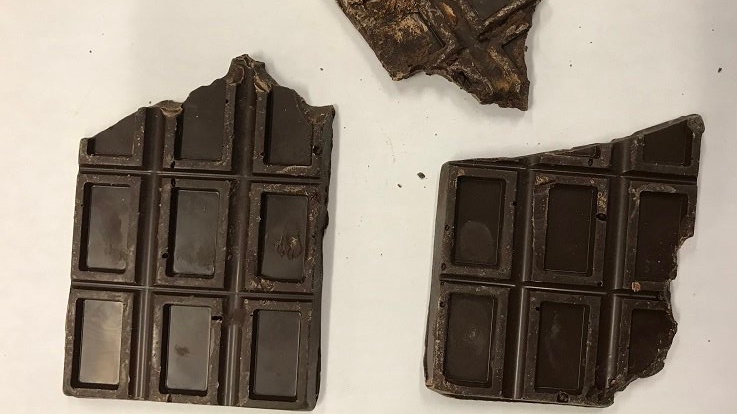 Brandon police tweeted Saturday that they had been contacted that afternoon to help paramedics with a call.

According to police, a two-year-old and a five-year-old had eaten the chocolate. They were still being monitored in hospital as of Sunday.
“Easy to see why children would think this is a regular chocolate bar,” police said in their tweet, which included a picture of the snack in question.

Police say no criminal charges are expected. Child and Family Services have been contacted.

Staff Sgt. Brian Partridge told CTV Winnipeg that Brandon police had not received any previous calls of this type. He said parents should ensure they store products containing cannabis in places children are not able to access.

The federal government has set a minimum age of 18 for legal cannabis use. The minimum age is 19 in Manitoba.