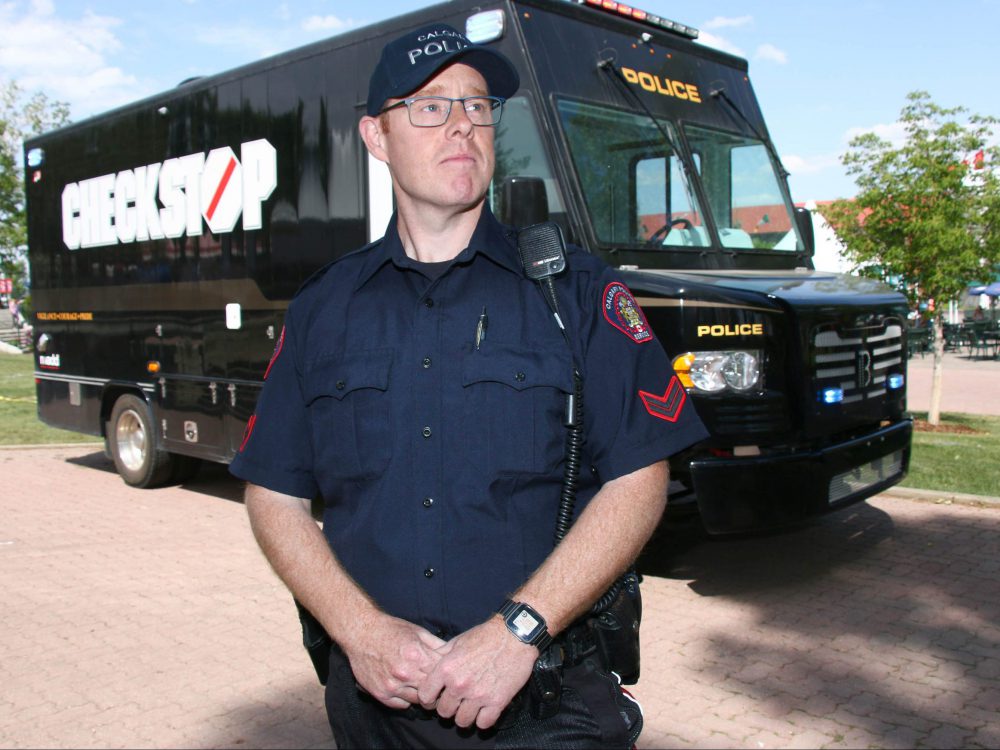 That’s one of the question marks igniting public inquiries about the impending legalization of cannabis that’s likely to dominate discourse at the exhibit this weekend, said the 13-year cop.

“On Law Day … something like 90 per cent of the questions were about how we’re going to screen for cannabis,” said Kurz, of the Calgary Police Service’s Traffic Section.

“A lot of the questions are about the oral fluid screeners.”

Kurz said his police colleagues have just as many questions about the kits, whose delivery timetable remains up in the air even as recreational legalization of cannabis is expected to be implemented by summer’s end.