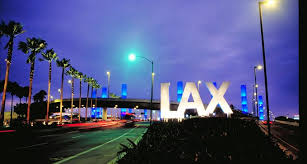 (CNN) — Los Angeles International Airport, better known as LAX, has announced that it will permit travelers to bring small amounts of legal marijuana through security in their carry-on bags.
But wait: That doesn’t mean you can toke up at the airport.
Pot is legal in several US states, but not on the federal level, so you still need to study up before packing your bags on your way out of LA.

Read the rest of the article at CNN