Sky high: can you travel across borders with legal cannabis? 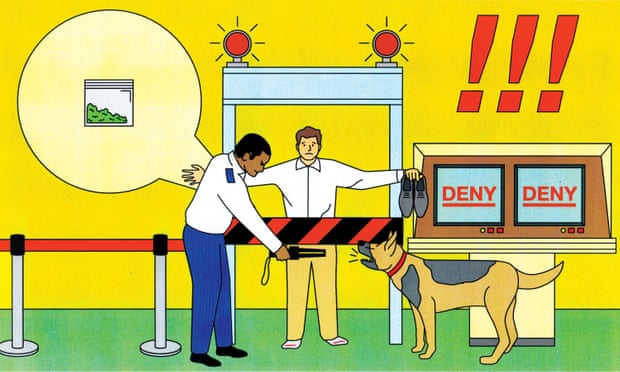 Taking legally purchased pot into a different state or country can be tricky, but it’s possible to do so safely.

At the 1998 Olympics in Nagano, Japan, officials stripped the Canadian snowboarder Ross Rebagliati of his gold medal after he tested positive for THC. Rebagliati contested the ruling. He said he had quit smoking pot to train for the games, but had inhaled secondhand smoke at snowboarder parties.

The appeal worked. After 36 hours Rebagliati’s medal was restored. He flew to California and in an appearance on the Tonight Show with Jay Lenoacknowledged past marijuana use. The next time he tried to enter the US, Rebagliati learned he was barred from the country for life, according to his immigration lawyer Leonard Saunders.

America’s lifetime ban on foreign cannabis users remains in force, even though the majority of US states allow medical use and Canada has fully legalized. Though the law is only sporadically enforced, it’s a serious headache for those affected. At least 40% of Canadians have tried marijuana. The prime minister, Justin Trudeau, smoked up while serving as a member of parliament.

With hostility to immigrants Donald Trump’s signature issue, it seems unlikely that the law will change anytime soon. Weeks before Canada legalized last October, US Customs and Border Protection said it reserved the right to turn back Canadians working in the cannabis industry.