‘There’s no opposition now’: how a quiet Canada town became a world leader in growing weed 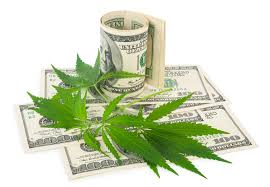 In an abandoned chocolate factory in Ontario, Canopy Growth is nurturing global ambitions . But could it thrive in Britain?

The musky aroma hits you from the car park at the headquarters of Canopy Growth, the world’s largest cannabis company.

Inside this nondescript warehouse – an abandoned Hershey’s chocolate factory in Smiths Falls, Canada – awaits the stuff of a stoner’s wildest dreams. Myriad rooms teem with row upon row of bushy marijuana plants at various stages of maturity, under intense lamplight, swaying in the breeze of dozens of fans.

A staff member wheels past crates full of pre-rolled joints in their hundreds. Another trolley holds 25 large bags of high-grade dried cannabis bud, a kilogram each, with a combined value of roughly C$250,000 (£150,000).

If anyone is the Willy Wonka of weed, it’s Canopy Growth’s co-chief executive, Bruce Linton.

Talking a mile a minute, his eyes gleam as he walks the halls of a facility that cost C$150m to build. “When I started it was officially the world’s worst idea, because there was no market,” he said. “There were no regulations and there were officially no patients. I was reluctant to tell my mother I was starting a cannabis business. Now she’s a cannabis patient, she’s like a drug dealer advising all her friends.”

In a timely illustration of how far the business – and the image of cannabis – has come, he takes a call from America’s home economics queen, Martha Stewart. Canopy has a deal with Stewart that envisages cannabis-infused chews for anxious pets. “Martha, you’re gonna hate this, I have to call you back.” Canada legalised medical marijuana in 2001, but the recent weed boom was fuelled by a regulatory change in 2013 that effectively created a commercial market. Dozens of countries, including Germany, have brought forward their own medical marijuana legislation.