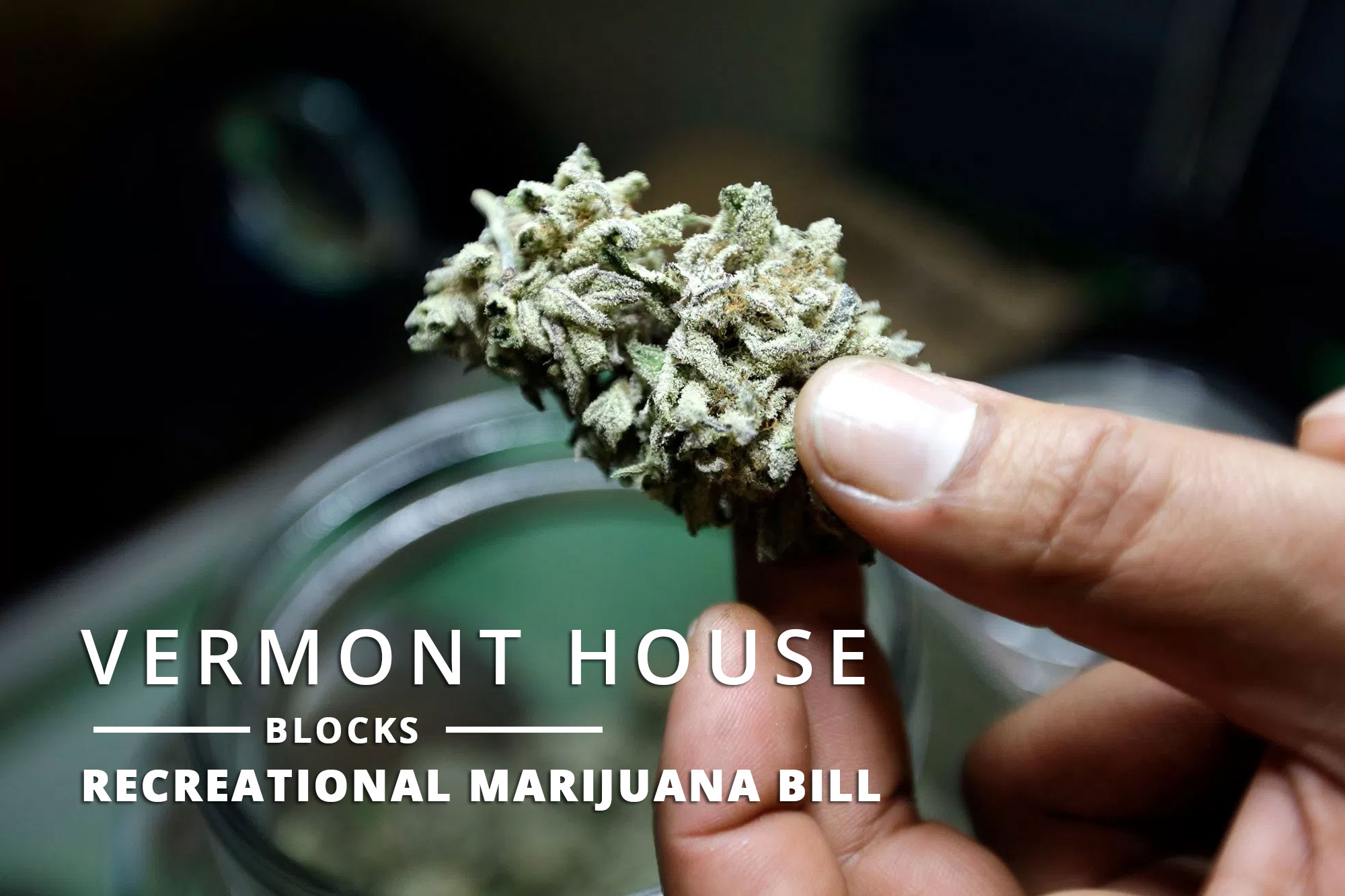 Vermont will not become the first state to legalize marijuana through the legislative process—at least for now. Last May 24, Governor Phil Scott vetoed the bill that will legalize recreational marijuana in Vermont. Hopes of passing the bill fizzled out on June 21 when House Republicans refused to take up a compromise legalization bill that the Senate passed earlier in the day.

Bill delayed in the House

Lawmakers made the bid to pass a modified version of marijuana legalization after Gov. Phil Scott’s veto of S.22, a bill that would allow adult possession of small amounts of cannabis for recreational use as well as cultivation of the plant. In the last-ditch effort to pass the bill; the House needs a veto session to waive normal legislative rules. But a refusal to suspend chamber rules in the House delayed the bill further.

The Republican minority, whose support was necessary to expedite any legislative action, did not vote in favour of a rules suspension to let the bill come up without the normal waiting period. And there was some opposition to expediting the legalization measure in the majority party, too.

The bill won approval in the Senate on a voice vote but a procedural requirement called a “rules suspension” means it needs to bring the proposal to the House floor for debate. To open debate on the new bill , it needs 107 votes but supporters fell far short of reaching that goal. On Wednesday, June 21, House Majority Leader Jill Krowinski, D-Burlington, moved to take up the bill for a floor vote. On a roll call, the motion got 78 votes in favor and 63 opposed. A motion to waive the rules needed 107 votes to pass (out of a House of 150), but with only 83 Democrats, it needed substantial support from GOP House members to pass. It didn’t get it. It did note even get the full support of the 83 democrats; failing on a vote of 78-63.

With that, legalizing recreational marijuana was killed for the year.

Scott noncommittal in signing the Bill

According to Governor Scott, he is “not philosophically opposed to ending the prohibition on marijuana.” and “that there is a clear societal shift in that direction.”  He also acknowledges that “marijuana is a widely consumed substance, and more states, as well as an entire nation to our north, are making marijuana legal and regulating it.” However, there are important questions and concerns involving public safety and health that the bill has to address before it can move forward.

Scott offers a path forward when he suggested that legislatures include: (1) tougher penalties for stoned driving and selling pot to minors, (2) creation of a Marijuana Regulatory Commission that includes various stakeholders that will oversee regulation and taxation system, (3) Funding for regulation, enforcement and education, and (4) an impairment testing mechanism. This bit puts police in a predicament as no breathalyser for marijuana is available in the market right now that can determine whether a driver is stoned.

Despite the setback in winning approval for a legalization bill this year, Senate Judiciary Chairman Rep. Dick Sears—a consistent advocate of the legalization bill, remains hopeful. “None of the components of the bill other than the commission take effect until July 1, 2018 so I think we’re more poised to have agreement in January of 2018, ” said Sears.

He also encourages the governor to create the regulatory commission via an Executive Order to give the panel more time to do research. But if the outcome will be no different, Sears said a different approach to the issue in the future could be taken. Perhaps the question of legalization should be directed to the Vermont voters, in the form of a nonbinding referendum, he said.

Rep. Maxine Grad, House Judiciary Chairperson, conveys her disappointment that the bill did not pass but believes that Vermont stakeholders want lawmakers to vote on the issue. “Vermonters should have the opportunity to be involved in the conversation and by having the vote come to the floor it allows us as representatives to have the conversation,” said Grad.

House Minority Leader Rep. Don Turner, on the other hand, defended the House’s decision to block consideration of the bill. He expresses that Vermont should be in no rush to legalize marijuana and should see the delay to learn about any problems that might come up in other states. “We will learn from each of those places that legalize it and whatever way shape or form they legalize it, and the issues that crop up as a result of the way they’ve legalized it, we won’t have to go down that path,” said Turner. “So we don’t need to be first, we don’t even need to be 25th in my mind, let’s learn from the people that have legalized it.”

Vermont did not legalize marijuana in 2017, but the groundwork has been laid. The bill for recreational pot can and will be taken up by the legislature when it reconvenes January next year, and Vermont could still end up being the first state to legalize marijuana legislatively. It’s just not happening this year.